THE AMA HAS MOVED!

Between now and 2030, Metro Phoenix will need to build 10,736 new apartment homes each year to accommodate population and household growth. With more than 200 people moving into the Valley each day, Phoenix is one of the fastest growing cities in the U.S. This represents thousands of jobs that will be created for the industry over time. In Arizona, the apartment industry generates 22,000 jobs, $699 million in wages, and $3.8 billion in economic output each year, according to the Arizona Apartment Market Analysis, a report conducted by Elliott D. Pollack & Company for the AMA. 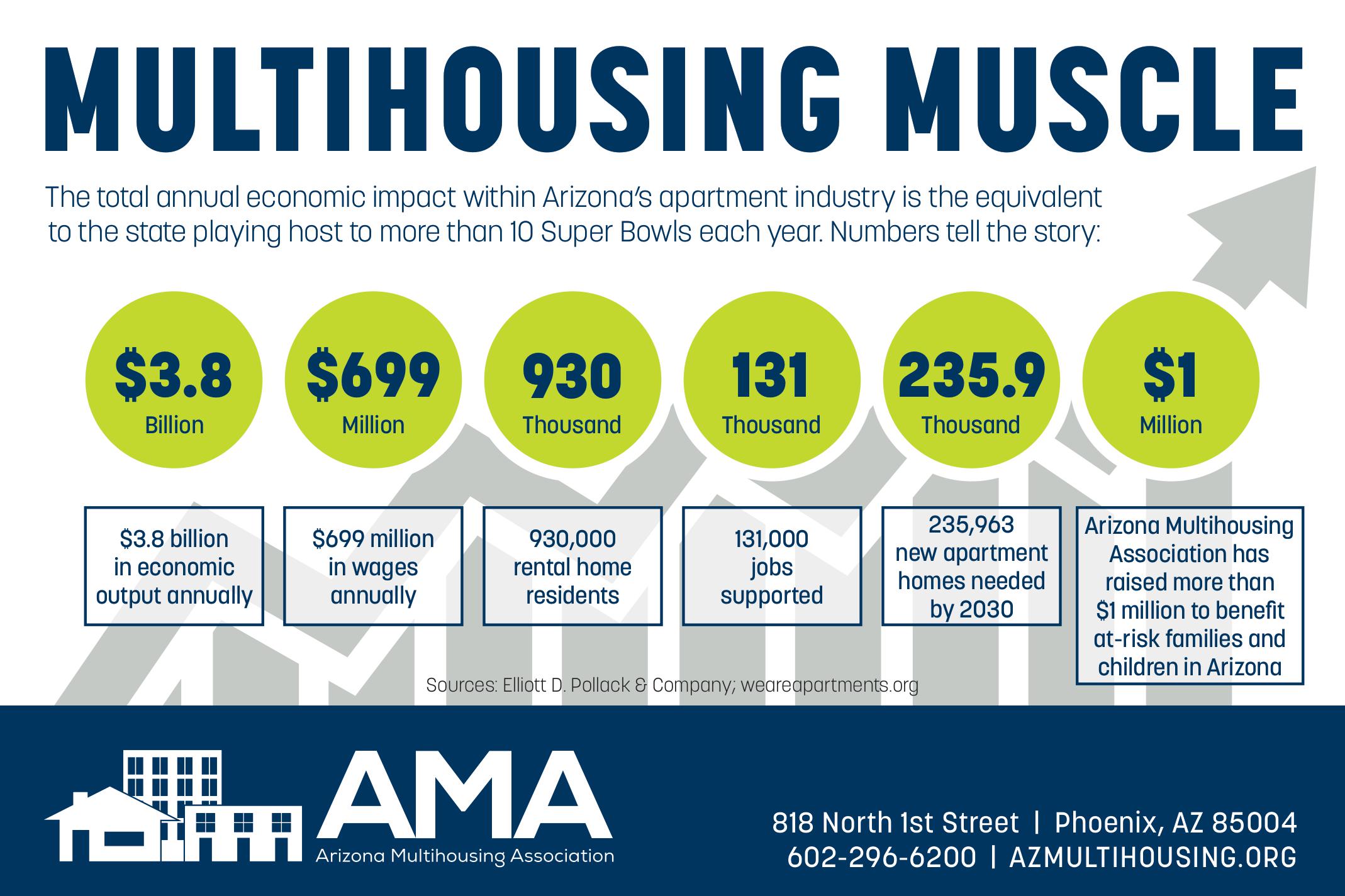 Our staff is ready and available to answer any questions you may have about becoming a member or your current membership.  Call us at 602-296-6200 or email info@azmultihousing.org to get your questions answered.