The 2023 Membership dues have been emailed and mailed out!

Please reach out to Melissa Grittman, mgrittman@azmultihousing.org, if you have any questions or did not receive your invoice.

The multifamily industry has been in the news a lot lately, from the number of apartment units needed to satisfy a growing population in Arizona to the eviction moratorium and subsequent issues the pandemic presented two years ago.

The opening panel at the recent 2022 Perspectives & Projections event sponsored by the Arizona Multihousing Association at the Sheraton Downtown Phoenix examined the shifting narrative in the media when it comes to the industry.

“The climate in Arizona is very difficult to navigate,” said David Leibowitz of public relations firm Leibowitz Solo. “We have worked with media the past years on the eviction issue and housing shortage. What has changed? The pandemic changed. The topic of evictions was only related to the moratorium. Now we’ve added another topic, the housing supply crisis. The context has changed.”

The take away from the panel was for the industry to be more nimble. To look for a good story. Unfortunately, the media think a good story deals with conflict, Leibowitz said.

“You have to respond to that narrative (the good the industry does for its residents) instead of creating your own. A new program your apartment community is undertaking. Simplify the message. Make it more human. Nobody wakes up and says ‘who can we evict today.’ These are good people in the industry. They’re trying to keep their residents in the property,” he said.

“A lot has changed (in the media),” she said. “But you still have the opportunity to create a positive narrative. Good things happen in your community, and the media need to know that. The media is not your enemy. Help them see a different perspective (of the industry) and help them write a balanced story.”

“You can’t go a day without hearing about the housing supply and the lack of it,” said moderator Jake Hinman, director of government affairs programs AMA. 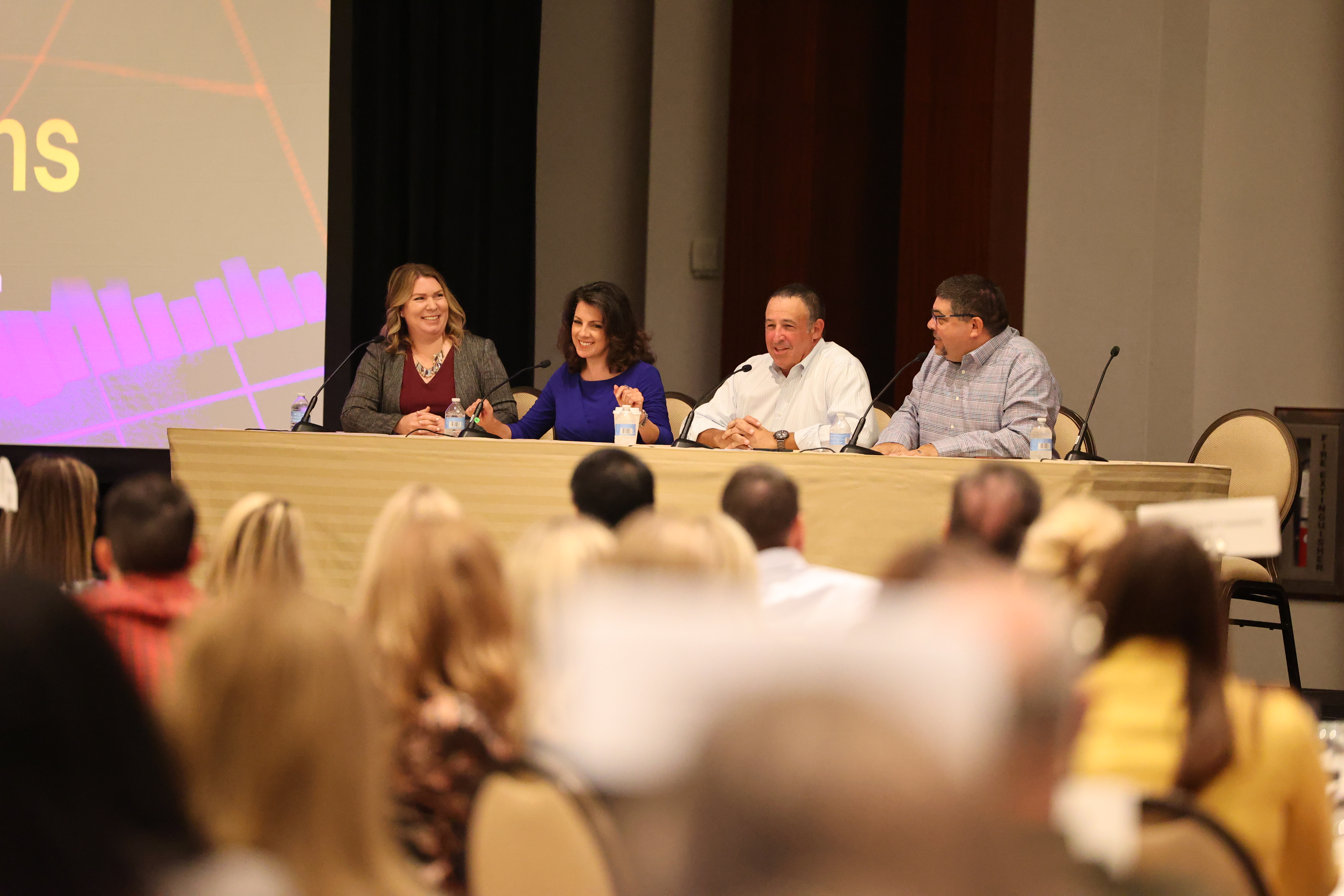 The panel discussed the Housing Supply Study Committee, which was formed to review data on the scope of housing supply and access and to compile an overview of ways to address Arizona's housing shortage and to mitigate its causes. Hinman is on the committee.

“Maricopa County is the fastest growing in the county. Everyone wants to come here,” said panelist and Tempe Mayor Corey Woods. “The challenge is that some people want to grow by only building single-family homes. In Tempe, for instance, we can’t build out. We have to build up. All our communities need to contribute to building housing for our future workforce.”

Cindy Navarrete Stotler, Deputy Director of the Arizona Department of Housing, said there needs to be a change in the conversation.

“Let’s make density cool again. We need to bring that back,” she said.

Mark Paratore, Vice President of Business Development for the Greater Phoenix Economic Council, said 2021 was a record breaker in the Valley with 10,859 new jobs.

That translated into 55 new businesses, $635 million in payroll 214 domestic prospects, and 58 international prospects.

“Arizona has an increase in earnings thanks in part to high-growth innovation jobs,” he said. “Aerospace, manufacturing, and healthcare continue to lead the way.”

Affordability continues to be an issue, said economist Kimberly Bynum. Rent increases are making affordability more difficult. And now occupancies are coming down.

“Where is the pipeline now?” she asked. “We get kind of nervous. But we’re data people.”

Jay Lybik, National Director of Multifamily Analytics at CoStar, said the Arizona housing outlook is a tale of two markets, and the change is not just happening in Phoenix. Sunbelt markets are feeling it the worst. Record supply is beginning to overtake Phoenix rental demand. The fasting growing markets are now retreating.

“We are seeing some moderation,” he said. “Last year was a fantastic year, with record absorption and a 5.8 vacancy percentage. There will be some issues this year, likely a reverse of 12 months ago. It has to do mainly with questions about the economy.”

Still, he said, investors are very interested in coming to Phoenix.

The trends in Tucson show strong rent growth because of the demographic and people moving there. Tucson, he said, recovered jobs after the pandemic much faster than the rest of the state. Construction activity is brisk along the I-10 freeway and around the University of Arizona. The rent growth in Flagstaff, he added, is more balanced.

AMA At A Glance AMA Newsroom